As part of the NWI mission, we provide information, resources and tools to support Wraparound around the nation and around the world. Although we have been able to provide a Spanish-language version of the Wraparound Process User’s Guide, we recognize that there is a need for more materials in translation, into Spanish and other languages. 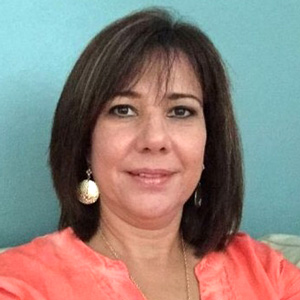 This need was reinforced recently when Mayra M. Perez Gonzalez, an evaluator with PR SOC Initiative III at ASSMC, the Administration of Mental Health and Addiction Services in Puerto Rico, contacted us. She explained that many of her team members and their clients are Spanish speaking, with limited English, so Spanish-language materials would be very valuable.

Since Hurricane Maria hit Puerto Rico September 20, 2017, life for many of its residents has not returned to normal. After months without power, it is estimated that more than 30,000 residents still have not had power restored. With damage from the storm estimated at $100 billion, many are still waiting for FEMA benefits. Meanwhile, more than 50,000 homes have nothing for roofs but blue tarps. Before Hurricane Maria, more than half of Puerto Rico’s population was already living in poverty. Since the storm, more than 200,000 residents have left the island for mainland U.S. and it is expected that many of them will not return. School enrollment data from six states receiving Puerto Rican children, shows that more than 22,000 children have been enrolled stateside since the hurricane.

These conditions would test the resiliency of anyone and research shows natural disasters can lead to PTSD, depression and suicide. Providers in Puerto Rico are seeing signs of increasing mental health concerns there. And hurricane season for the region starts again June 1.

Mayra wrote to us, "More than ever, I think that we need to implement the Wraparound model to the families in Puerto Rico. We have been surviving by the effort of the community-based groups. And without knowing it, they have been implementing the Wraparound model. Slowly but surely the everyday life has been moving on, especially in our impact area, the west of the island. But this is not the reality for the rest of the island. The power system is very fragile and we are grateful for resources sent to help in that area but still there’s a lot of work to do. And the hurricane season starts soon. We are still working hard to reach our families and their children with severe emotional disturbance. It would be so helpful if we had information in Spanish to easily explain the model."

We are calling on our NWI members and readers in hopes that collectively we can offer Puerto Rico some help in the form of Spanish-language Wraparound materials. If you have materials in Spanish to share, or are able to provide translation services, please contact us.