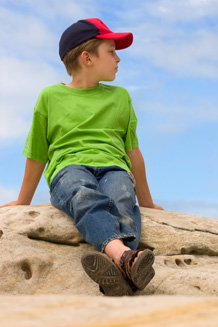 As the History of Wraparound clearly illustrates, Wraparound originated as a philosophy and a grassroots movement more so than a specific intervention or practice model. This unique nature of Wraparound has proven to be a source of both strength and difficulty. Normally, an intervention is designed and tested by a single person or group. In contrast, Wraparound practice and supporting policies have evolved through a process of ongoing innovation on the part of families, trainers, and providers around the nation. This process has stimulated a kind of creativity that would never have occurred within a less flexible and locally adaptable model. On the other hand, the lack of shared standards or guidelines for Wraparound practice has historically created problems around issues of quality assurance and fidelity.

During the late 1970s and early 80s, Wraparound emerged gradually from the efforts of individuals and organizations committed to providing individualized, comprehensive, community-based care for children and their families. While the term Wraparound came to be more and more widely used throughout the 1990s, there was still no formal agreement about exactly what Wraparound was. Many Wraparound programs shared features with one another, but there existed no consensus about what was essential for Wraparound. Some programs were able to document extraordinary successes, but it also became apparent that many teams and programs were not operating in a manner that reflected the Wraparound principles. Toward the early 2000s, it became increasingly clear that without a clear definition of what Wraparound was (and wasn’t), any practice could be called “Wraparound,” regardless of quality. Furthermore, it would be impossible to establish evidence for Wraparound’s effectiveness without a clear definition of the practice.

In true Wraparound fashion, a team approach emerged to address these difficulties. In June of 2003, the Research and Training Center on Family Support and Children’s Mental Health hosted a national meeting in Portland, Oregon, and invited over 30 parents, parent advocates, Wraparound trainers, practitioners, program administrators, researchers, and systems of care technical assistance providers. This was the first meeting of what became the Advisory Group of a new National Wraparound Initiative. At this initial meeting, the group reaffirmed the need to define a Wraparound practice model, discussed potential methods for conducting such work, and described specific products that should result. By the end of the meeting, the group reached a consensus about what is most needed to promote high quality in Wraparound:

Since that initial meeting, the collective efforts of the members of the NWI have been successful in meeting many of these needs and making progress toward meeting the others. As described in an evaluation of the NWI’s impact, the vast majority of the NWI’s advisors perceived that the NWI has met these initial goals, and that the NWI had substantial positive impact on Wraparound implementation nationally.

The NWI is now a collaboration among three research institutions:

The NWI is still interested in promoting research and accountability of the Wraparound model. As described in our mission page, however, the NWI is now also focusing on more directly supporting youth, families, and communities, through NWIC as well as an expanded mission that emphasizes four primary functions: