A Study of Turnover among Wraparound Care Coordinators and Supervisors: Part II

Part I of this blog post described why our staff at the National Wraparound Initiative (NWI) and the National Wraparound Implementation Center thought it was important to explore the issue of turnover among Wraparound care coordinators and supervisors. That post also described the national survey that we used to gather data about turnover, as well as some of the findings (what types of people responded, caseloads in their Wraparound programs, annual turnover rates, impacts of turnover).

In Part II, we continue on with reporting on some further findings. We asked our respondents to consider a list of possible causes of turnover among Wraparound care coordinators, and to select the ones they thought were "important" causes of turnover in their organization. Respondents were then asked to rank the causes they thought they were important. The chart below summarizes the responses. 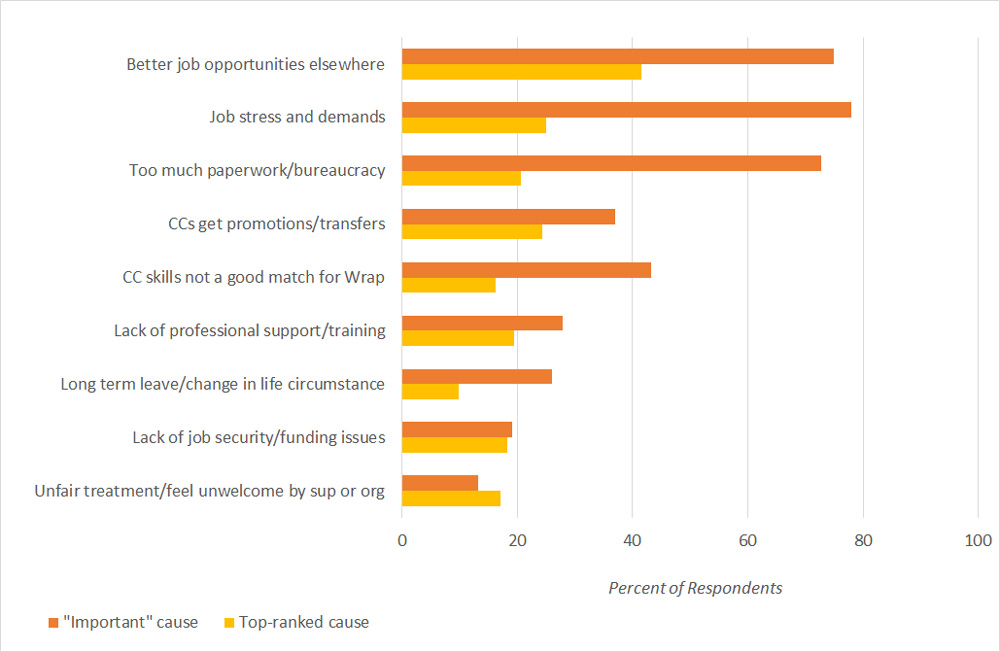 We asked respondents about causes of retention – things that make care coordinators attached to their jobs in Wraparound – in a similar way.

The chart below makes it clear that respondents think Wraparound care coordinators are most attached to their jobs for reasons connected to loyalty and commitments. This includes commitment to the children and families they work with, to Wraparound itself and to their co-workers and their organizations. 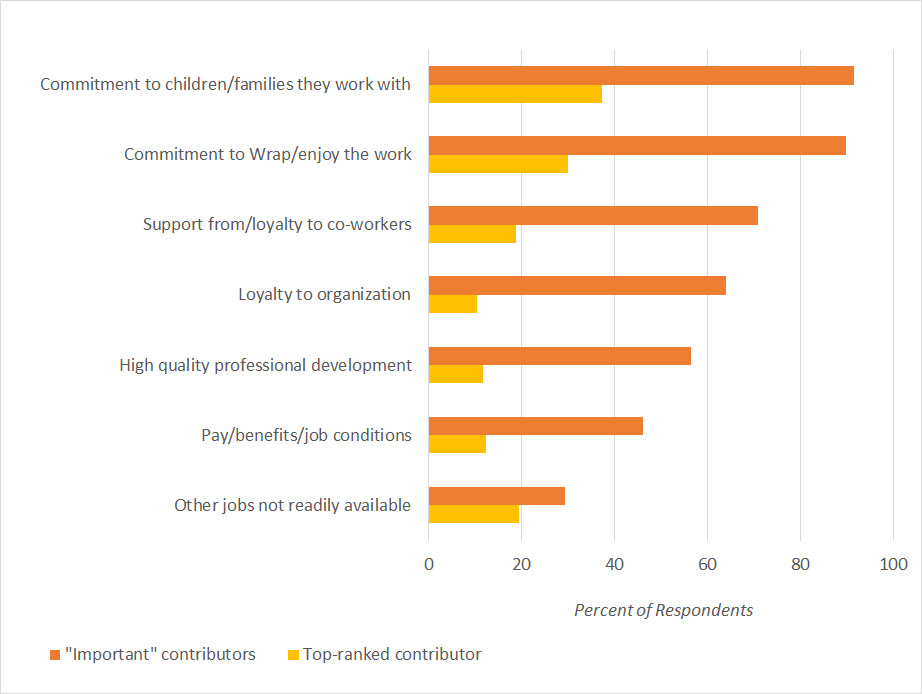 When you compare the reasons for turnover to the reasons for retention, the contrast is quite striking. Respondents are saying that care coordinators stay in their jobs primarily because of the intangibles (commitments and loyalty) but are most likely to leave their jobs due to more tangible causes such as the opportunity to get a “better” job or the stress and demands of the care coordinator position.

The survey provided us with a good base of information but left us with many questions about the causes of turnover and retention. We are currently wrapping up a series of follow-up interviews with selected survey respondents. Through these interviews, we are learning more in depth about these issues. We plan to present a webinar that summarizes our findings from the interview data in the Fall of 2017, so if you are interested, keep an eye on the website or our newsletter to learn about when that webinar will occur.