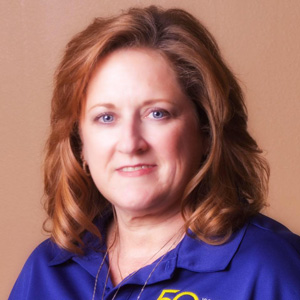 Every step in her career path prepared Holly Borel for her current role as CEO of Spindletop Center in Beaumont, Texas. While completing her BA in Psychology, Holly started at Spindletop as a psychiatric technician in the children’s inpatient hospital. After completing her degree and while progressing through several roles from case management to ultimately overseeing intake and crisis services, Holly moved to the administrative side in a series of management roles. Along the way, she completed her MBA. Fifteen years ago, Holly left Spindetop for the opportunity to be COO of Tropical Texas Behavioral Health (TTBH). While there, she applied her innovative approach to leading the successful implementation of the organization’s Wraparound installation. Last year when the CEO position opened at Spindletop it was the right time for Holly to take on a new challenge. It also gave her the opportunity to come home to the organization where she got her start, and to her extended family in the area.

Holly was initially skeptical about Wraparound. As one of the executives charged with maintaining her organization’s efficiency and strong financial position, the team approach and low staffing ratios required to practice Wraparound to fidelity were a concern to her. However, when it was clear that implementing Wraparound was going to be essential, Holly was immediately committed to ensuring that TTBH excelled!

Holly credits multiple factors with TTBH’s success. In addition to a culture of change that helped everyone adapt quickly, TTBH’s financial stability allowed for support of the program while it was ramping up. However, Holly says the most important first step was identifying a strong leader to lead the organization’s training efforts. Holly selected Monica Rodriguez as that leader and says Monica carried the organization’s Wraparound implementation efforts forward with her enthusiasm and dedication. Staffing is often a barrier during the early phases of Wraparound implementation. To ramp up Wraparound at TTBH, Holly knew it would be essential to have trained staff ready. To prepare, TTBH offered their children and youth case managers who were interested the opportunity to attend Wraparound Training. Then as their referrals increased, trained staff were already available.

Although Holly admits Wraparound is expensive, she says it can definitely be financially sustainable. One of the ways TTBH achieved sustainability for its Wraparound program was by working with the National Wraparound Implementation Center (NWIC), which coached them on ways to maximize staff productivity without sacrificing fidelity.

Holly is very happy to be working to bring high-quality Wraparound to her community in Beaumont, Texas through her new role as Spindletop’s CEO. She has many success stories of the significant impact Wraparound has for the youth they work with and their families from her time at TTBH. For example, one child they worked with was often disruptive in school, as his anxiety led to frequent outbursts in the classroom. By working with this child and his family, the Wraparound team learned that looking at a fish tank was relaxing for him. They used adaptive aid funds to get a fish tank and bean bag chair for the child’s classroom. After that if he felt himself becoming stressed, he could go to the bean bag chair and enjoy the fish tank. This solution almost completely eliminated his outbursts, while allowing the child to stay in the classroom. In addition, he got recognition from his classmates for their new class mascot!

Holly spends her off time reading, spending time with her extended family in the area, and traveling to exciting new places when she can get away.